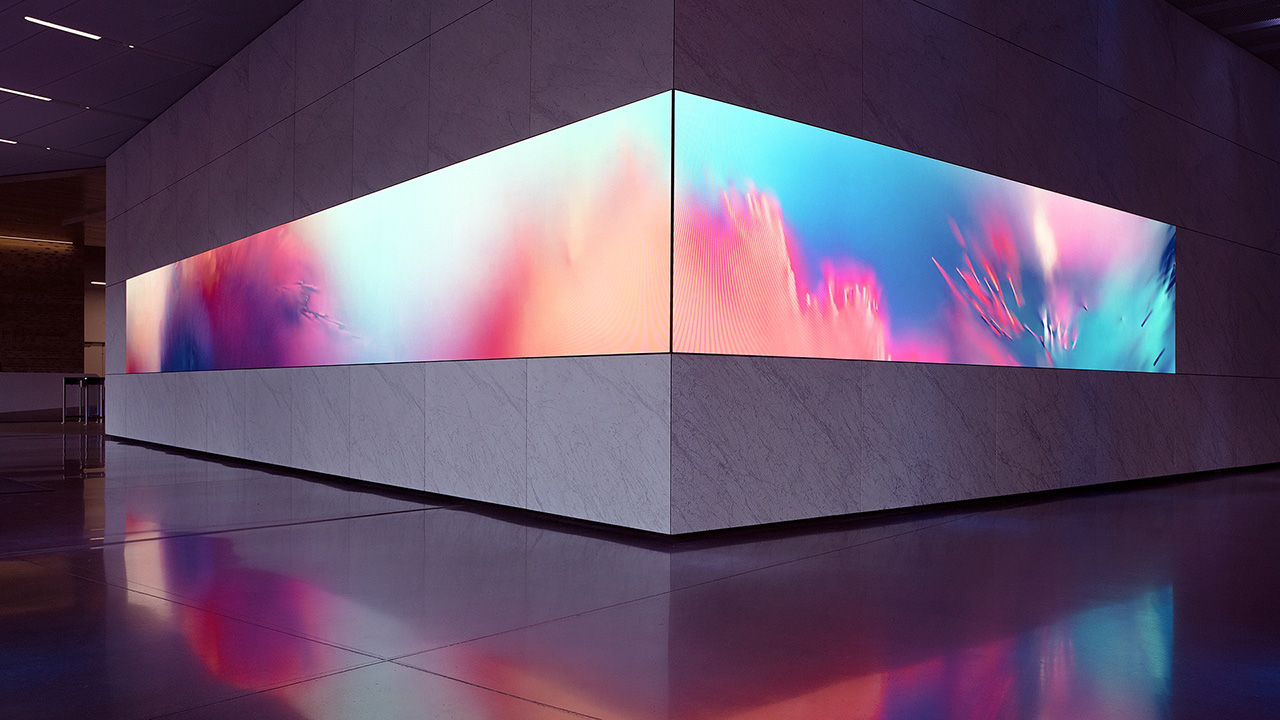 We developed and executed a “virtual to reality” audio concept as the soundtrack of the installation COLLIDE. The installation was created in collaboration with onformative and was displayed at the Dolby Gallery in San Francisco in 2016.

Following the inspiration of a collision of senses, we gave the visuals a core influence on the composition and performance of the music. To do so, we wrote an open musical composition for three cellists and divided the visuals into three sections.
‍Each cellist saw a section of the film through VR goggles and had to react to the “visual timbre” while playing the composition. The visual
The visuals functioned as graphic score by dictating dynamism, intensity, rhythm as well as melodic figures. We then composed the final soundtrack based on the recording. The final 3D-Mix on Dolby Atmos (54 speakers in addition to 17 subs) at Dolby Laboratories made it possible to spatially link events in the film with the individual dynamics of the cello recordings.

Watch the process of creation